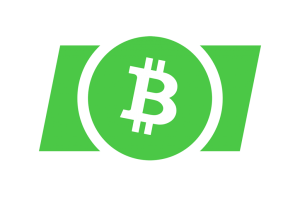 Bitcoin Cash is one of the most popular forks of Bitcoin’s original network. The concept for the cryptocurrency was generated out of dissatisfaction with Bitcoin’s trajectory away from Satoshi Nakamoto’s initial plan.

The birth of Bitcoin Cash, which is more like a currency than a store of value, sparked a heated debate between supporters of Bitcoin and others who felt that it should be able to trade more quickly and inexpensively.

A so-called civil war erupted around this period, with Bitcoin Cash advocates denouncing the current Bitcoin and declaring it to no longer be the genuine version. In August 2017, as a result of a fork, Bitcoin Cash was introduced. It had a promising start but has failed to live up to expectations since.

Despite the fact that Bitcoin Cash was designed to be a more useful money, many people invest in it. The price of the coin has typical market volatility, but many individuals think its future will be brighter and provide greater value in the following months and years.

What is Bitcoin Cash (BCH)?

Although it is not the most ancient, Bitcoin Cash is one of the most well-known forks of bitcoin. Just before Bitcoin hit its previous all-time high of $20,000 at the end of 2017, Bitcoin Cash was created. It increased the block size in order to allow for more transactions to be processed faster.

It’s worth noting that the cryptocurrency split into Bitcoin Cash ABC and Bitcoin Cash SV in November 2018 (Satoshi Vision). This demonstrates a commitment to keeping bitcoin and other cryptocurrencies growing, however the BCH fork was primarily driven by bitcoin’s 1MB block size restriction.

The block size became too small to handle the growing number of transactions, which caused a backlog and delays in confirmation.

To deal with the issue of increasing transactions, Bitcoin Cash suggested making blocks with a capacity between 8 MB and 32 MB, allowing for more transactions to be processed per block. In a typical Bitcoin block, there are around 1,000 to 1,500 transactions.

During a stress test in September 2018, the Bitcoin Cash network handled 25,000 transactions every block.

This fork’s creator, Roger Ver, has long propagated the idea that Satoshi Nakamoto, who created Bitcoin, was behind a digital currency that could function under stress.

In the view of Ver and supporters of Bitcoin Cash, increasing the block size in Bitcoin will allow customers to utilize Bitcoin as a regular payment method and allow it to compete with huge credit card processing businesses like Visa that charge high fees for worldwide transactions.

Bitcoin Cash has been in the top 10 currencies by market capitalization for much of its history, but it just lost that spot recently. Even at its peak a few days after Bitcoin hit $20,000, the currency’s price was barely over $3,643.

The MACD and RSI also confirmed a bearish break. This is the fourth time I’ve mentioned this, but it’s worth noting: The price broke below its own Lower Low after a bearish Breakout from the Sideways Channel, signaling a downtrend. It’s oversold (RSI 30), suggesting that a swing trade might be feasible at around $100.

There is a downward trend on all time scales, including short, intermediate, and long-term.

The MACD line is above the MACD signal line (bullish), while the RSI is below 45, suggesting that momentum is mixed (bearish). The MACD histogram bars are decreasing, which might suggest a loss of momentum.

In general, volume is flat, which means it swings up and down equally on both sides. As a result, buyer and seller demand and supply are balanced.